ALBUQUERQUE, NM — An entrepreneur uses his education to make the North Valley a place for cutting-edge technology.

“They really don’t farm any different than they did 50 years ago,” Chavez said. “So because we have things like self-driving cars, people going to space every day, computers getting faster and quantum computing — agriculture hasn’t changed.”

Chavez’s first idea is a thermometer that measures the temperature of a compost heap. The thermometer sends information to the farmer’s phone about the compost and when it’s ready so the farmer can keep up with the water.

“Data from this probe is being sent to this device,” Chavez explains. “And this is what actually pushes the data to the internet.” 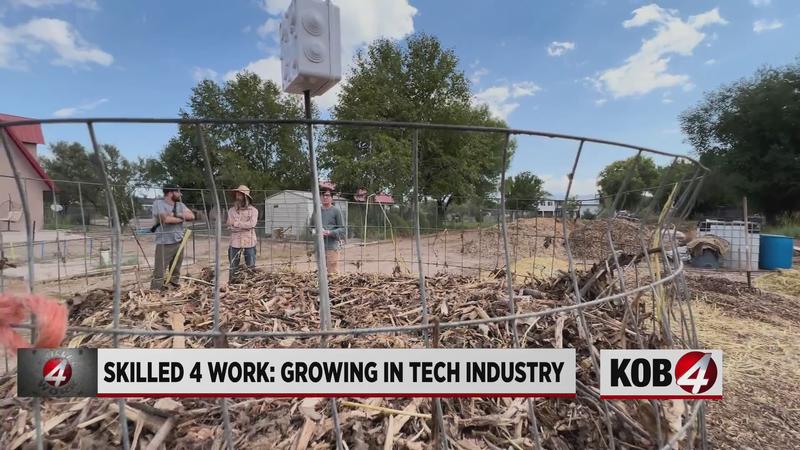 Chavez used financial aid to pay for his classes at CNMs Internet of Things Coding and Boot Camp Program Designwho gave him the tools to cultivate his idea.

“I went to CNM for this boot camp and that really gave me the opportunity to learn about the internet of things coming out,” Chavez said. “We’re just at the beginning of connecting things that weren’t connected to the Internet before.”

Although Chavez dropped out of UNM business school, he dropped out to try and start other businesses. He was even named one of the top innovators, aged 25 or under, by Albuquerque Business First magazine.

“I’ve always been an entrepreneur, but I wasn’t always the best in school,” Chavez said.

Despite his success, he acknowledged that starting a business can be daunting. However, it all starts at launch.

“You might sit there at the beginning and think, ‘Oh, I don’t have what it takes to develop a product, I don’t know how to start a business,’ but just do piece by piece and you’ll will build those Legos together and have something at the end,” Chavez explained.

Looking ahead, the thermometer is just Chavez’s first idea.

For more information about the Internet of Things Boot CampClick here.