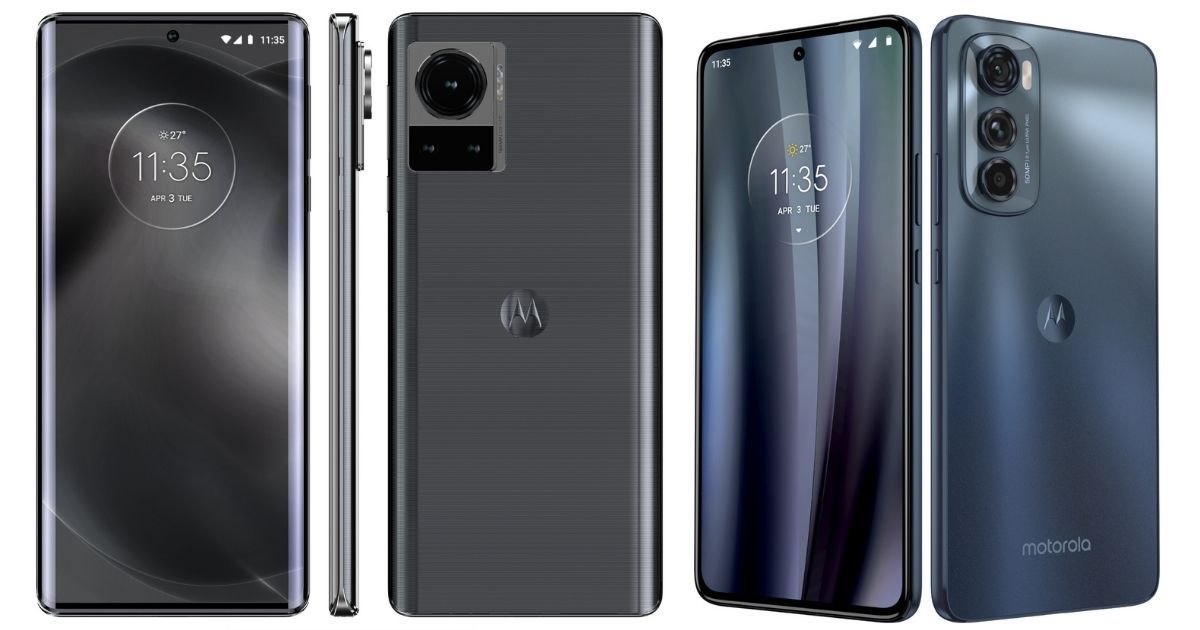 The last time we took a look at Motorola’s Future Plans – in March of this year – we started the conversation on several handsets that are just now coming to market (think Edge 30 Lite “Miami” or Edge 30 Ultra “Frontier”) or ready for release in the coming months (a la Razr 3 “Maven”† This report aims to push that timeline a bit further, although such a long lead time comes with several trade-offs and caveats: Details on a portfolio stretching through 2023 won’t be fleshed out as fully as more immediate plans, and a lot can be done. happen over the course of several months (and especially entire quarters) making certain models unrecognizable or even unrecognizable by the time they originally hit the market.

The first is Devon, a 4G-compatible, low-mid-range model, powered by a Snapdragon 680 processor and tipped to hit the market soon as the Moto G32 – following previous launches of the Moto G22 (Hawaii+)G42 (Hawaii+ OLED), G52 (Rhode4G)G62 (Rhode5G), and G82 (Rhode5G+), plus the Moto E32 (Hawaii) and E32s (Hawaii+ Lite). To fill the (small) gap in this year’s G-series, Devon offers a 6.49-inch, hole punch-embedded, 120Hz-capable, FHD LCD display, either 4GB or 6GB RAM and 64GB or 128 GB of storage capacity. The cameras have a 50-megapixel main sensor, an 8-megapixel wide-angle module and a 2-megapixel depth camera, plus a 16-megapixel fixed-focus camera on the front.

Next up is Tundra, an aesthetic-focused Edge-branded device for the Chinese market that combines a 6.55-inch, 144Hz-compatible curved FHD+ POLED display with a slightly older but still powerful SM8350 Snapdragon 888+ system-on. chip from Qualcomm – a true full-screen smartphone in the original style of the Edge range. Tundra’s is expected to offer a number of memory configurations consisting of 6 GB, 8 GB or 12 GB LPDDR5 RAM and 128 GB or 256 GB internal storage along with a 4400 mAh battery. In the image department, it brings together a 50MP primary camera with a 13MP wide-angle/macro combo and 2MP depth sensor, in addition to a 32MP face-mounted selfie camera. The release should be sometime in the third quarter.

Then we have Maui and Victoria, entry-level and mid-range models respectively, both powered by Mediatek silicon: a Helio G37 for the former and an unannounced MT6879 for the latter (the same chip beating at the heart of potential Edge 30 Fusion handset Dubai+ Maui, whose display is only 720p, features 3GB of RAM and a base configuration of 16MP-2MP-2MP + 5MP camera, while Victoria – with its FHD+ resolution – has RAM options starting at 4GB and expanding to 6GB and 8GB, plus a much more powerful image set: 108 MP primary for the two SKUs with larger amounts of RAM (reduced to 48 MP on the 4 GB SKU), an 8 MP serving both wide-angle and depth-sensing functions, and a 2 MP macro sensor, plus 16 MP selfie camera. Again, a third quarter release is likely for both phones.

Finally – at least before 2022 – a 5G version of Devon should hit the market before the end of the year, although a North American release for this device isn’t likely to happen until 2023. While it shares many of the same specs as its 4G sibling — including screen resolution and available memory configurations — it swaps the Snapdragon for a 5G-capable Mediatek chipset and replaces two of the cameras, gains a 64MP primary sensor but loses its wide-angle capabilities at least. favor of a 2 MP module that only serves depth sensing functions.

As is typical of most device makers, Motorola stops releasing new handsets well before the Christmas season kicks into high gear, with very few new products introduced after Black Friday ushers in the Christmas shopping scrum.

However, as soon as the calendar turns to 2023, Motorola already has a number of devices on the schedule. Most notable are Bronco and Canyon, similarly spec’d, flagship-class handsets that will support next year’s lineup of Edge (Edge 40?) range silicon, the SM8550 Snapdragon 8 Gen 2, while Bronco will be equipped with the same chip or Snapdragon’s current flagship, the SM8475 8+ Gen 1. Both FHD+ phones offer 8GB or 12GB of RAM and 50-megapixel rear cameras. But while Canyon has another 50MP sensor for wide-angle and macro shots, along with a 60MP selfie camera (and throws in a 12MP telephoto module for good measure), Bronco promises a more modest 13MP wide/macro and 16MP selfie options, plus a 2MP depth sensor.

And don’t forget a few wildcards with the goal of debuting later next year or after: the shape-shifting vertically rollable Felixand Juno, a foldable phone featured as an SM8475-powered sequel to Maven and capable of 144Hz screen refresh.