University of New Mexico Distinguished Professor of Chemistry and Chemical Biology Hua Guo and his research team have logged an impressive 7,257 computation years at the UNM Center for Advanced Research Computing (CARC) systems over the past four years. In other words, the amount of work Guo’s team completed in four years using powerful computer systems would have taken 7,257 years on a single laptop.

Guo’s work lies in computational chemistry, which allows researchers to simulate chemical reactions on computers instead of conducting real-life experiments that can be dangerous, costly and time-consuming. 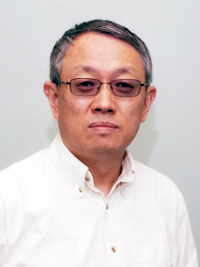 In traditional chemistry experiments, researchers try to understand what the molecules do in different conditions. Molecules are quite small and require special equipment to measure and identify what happens to them. Computer simulations enable researchers like Guo to understand and predict what molecular activity will occur under certain conditions without the need for special laboratory equipment. By using computer simulations to understand chemical reactions, researchers can manipulate conditions much faster and more efficiently than an experiment in a lab could. This faster, more cost-effective computational methodology can inform future experimental work by narrowing the scope of the experiment to be performed. Most importantly, these computer simulations provide insight into how chemical reactions take place, which is sometimes difficult to obtain with experimental means.

Computational chemistry often involves solving difficult differential equations and thus is a well-established field in high-performance computing. Electronic structural software helps researchers study how atoms interact with each other. Guo and his research group use existing software such as Gaussian and VASP and also write their own code to understand what happens to electrons during chemical reactions. Calculation methods allow Guo and his research group to study chemical reactivity and use that information in many useful ways, including to improve chemical processes to make them more efficient and environmentally friendly, and to create better materials.

“We always ask the why question. If we understand why, we can move on to how,” explains Guo.

The study of chemical reactivity has far-reaching implications beyond the field of chemistry, and many organizations are happy to partner with researchers who are able to do so. Guo’s research group is a world leader in this field because of their ability to use computational methods to understand chemical reactions.

“By scaling calculations to hundreds of CPUs, [Guo] has unlocked solutions to problems that were impossible to solve on a traditional computer. This shows that supercomputing is an instrument as revolutionary and essential to modern science as the microscope for biology or the telescope for astronomy,” explains CARC research assistant professor Matthew Fricke.

In a project funded by the National Science Foundation, Guo studies surface reactions related to catalysis. Catalysis is a process in which the rate of a chemical reaction is increased by a catalyst. Ammonia, for example, is a chemical often used as a fertilizer that is manufactured by creating a reaction between nitrogen and hydrogen, which normally do not react without a catalyst. Understanding the underlying molecular behavior of the chemical reaction in the manufacturing process could lead to the development of more environmentally friendly ways to make this widely used chemical.

In another project funded by NASA and the United States Air Force, Guo is investigating the chemistry related to thermal protection systems (TPS) for spacecraft. In particular, he tries to understand the chemical process that takes place during entry, when the spacecraft, traveling at high speed, goes back through the atmosphere of a planet (including Earth). An incredible amount of heat is generated upon entry, enough to disrupt communications for a period of time. TPS tiles made of carbon and other materials cover the surfaces of the spacecraft most affected by this extremely high heat.

Guo’s research uses computational chemistry to understand the interaction between the carbon in the tiles and the other elements in the atmosphere such as nitrogen and oxygen. By better understanding these reactions, the hope is that even better thermal protection systems can be developed and that they can prevent the disruption of communications systems as spacecraft pass through the atmosphere as they prepare to land.

Guo is also working to understand the chemicals present in the atmosphere of Titan, one of Saturn’s moons, and the impact they could have on a spacecraft that lands there. Spectroscopy allows astronomers on Earth to measure the interaction between electromagnetic fields and matter, and these measurements can be used to identify molecules present in the atmosphere of a planet or moon. Analysis of Titan’s atmosphere shows that its atmosphere is different from Earth’s atmosphere; Titan’s atmosphere is mostly made up of nitrogen and methane, while Earth’s is mostly made up of nitrogen and oxygen.

NASA is coming dragonfly mission aims to look for signs of life on Titan; they plan to bring a drone pod to Titan’s surface so the moon can be explored through the sky. This capsule must pass safely through Titan’s atmosphere to land, so Guo’s work focuses on keeping the capsule safe by understanding the chemical reactions that occur during entry and ensuring that the materials contained in the thermal protection system of the capsule are used, can withstand the heat.

Guo’s other work spans a wide variety of computational chemistry projects, from studying to how molecules interact at ultra-cold temperatures to research chemical reactivity in ultra-hot conditions, and even explain the strange behavior of ozone molecules in the earth’s atmosphere† This range of work has implications that span several disciplines, from environmental chemistry to quantum computing.

In 2021 Guo . was elected a Fellow of the American Association for the Advancement of Science (AAAS)† He also serves on the CARC Internal Advisory Council, which makes recommendations on future directions and initiatives for the Center. Read more about Guo’s research work and group here.