LINA is a 3D printed moon mail resulting from a multi-year collaboration between AI SpaceFactory and NASA to develop technologies for the construction of the lunar surface within the timeframe of the Artemis mission: the return of mankind to the moon.

Indeed, within the next decade, the Artemis mission will send astronauts to the Moon’s South Pole, an area described as “The Peak of Eternal Light,” where the sun is ubiquitous and at a low angle of attack. This site is likely near a crater rim that provides long-term relief for solar energy collection and near permanently shaded crater areas, which are important for water extraction activities. 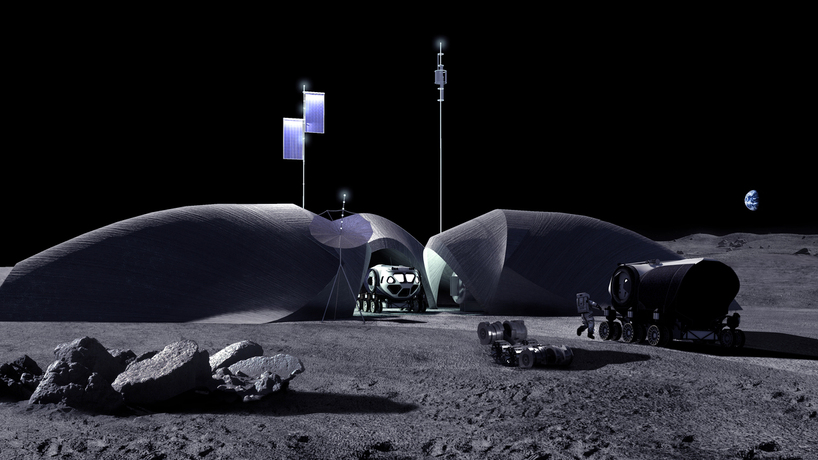 LINA is a modest but strategic approach that is evocative and adapts to the original terrain of the moon. Unlike MARSHA, the surface habitat of Mars by AI SpaceFactory (see more here), which is designed as a freestanding object, LINA is expandable from a single structure into a cluster of units that become a larger and more systemic lunar outpost. The orientation allows for self-shadowing and takes advantage of topographical features in the lunar landscape to shield it from deadly solar and cosmic rays.

Together with NASA (see more here), LINA will be built by autonomous robots at the moon’s south pole near Shackleton crater, where near-continuous sunlight on the crater’s summits could enable solar power, while perpetual shadows on the crater’s interior harvest it. of water ice. 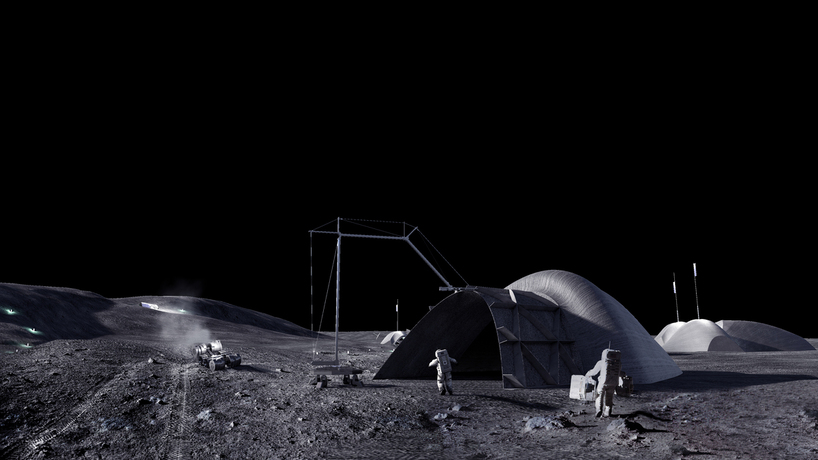 designs for maximum protection and durability

The 3D-printed Romanesque arches, which can withstand high compressive loads with minimal material, would be topped with 2.7 meters of lunar regolith. This would provide maximum protection against radiation, micrometeorites, lunar seismicity (lunar quakes) and extreme thermal fluctuations. In addition, the strength of AI SpaceFactory’s polymer composite will give way to a durable and long-lasting structure that could support long-term habitation and travel to more planets.

To build LINA, AI SpaceFactory is promoting the development of a 3D spatial printing system designed to operate in a vacuum with temperatures ranging from -170° to 70°C. The first such prototype, built in collaboration with NASA, is being tested at the Kennedy Space Center in a lunar environmental chamber designed to mimic the exact conditions at the lunar South Pole. The 3D printing material, formulated by SpaceFactory from BP-1 lunar simulant, was synthesized by NASA’s NASA’s Granular Mechanics and Regolith Operations Lab and then validated in static extrusion tests conducted in a vacuum.

“As we broaden the horizons of what’s possible in the future, LINA is an architectural and technological milestone that sets a precedent for pursuing explorations beyond our moon. LINA is designed with a life expectancy of at least 50 years and is sized to protect a pressurized manned rover such as the Space Exploration Vehicle, telecommunications equipment and residential modules,” shares the team.

The structural design includes three separate units that share a common courtyard and integrates a photovoltaic tree to directly capture and harvest solar energy. The habitable floor area of ​​each unit is 75 square meters, the central set-up area is 90 square meters and the 3D-printed shell covers 8 meters by 9.4 meters with a clearance height of 5 meters. 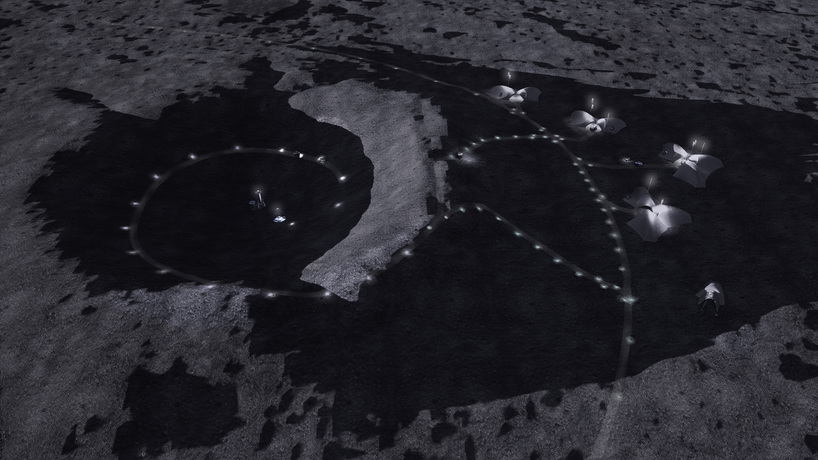 LINA is located near the south pole of the moon

LINA will be manufactured with a high-quality blend of native lunar regolite and Earth-sourced polymer binder. In order to minimize the polymer mass imported from Earth, AI SpaceFactory has studied numerous configurations, from thick to thin shells, assuming a parabolic cross-section so that the loads are always under pressure.

Ultimately, the company found that a thin shell with a diagonal brace rib had the most efficient weight-to-carrying capacity ratio. A circle 5 meters in diameter describes this particular geometry to match a large rocket fairing, which touches the ground at a 70-degree angle to maximize internal space.