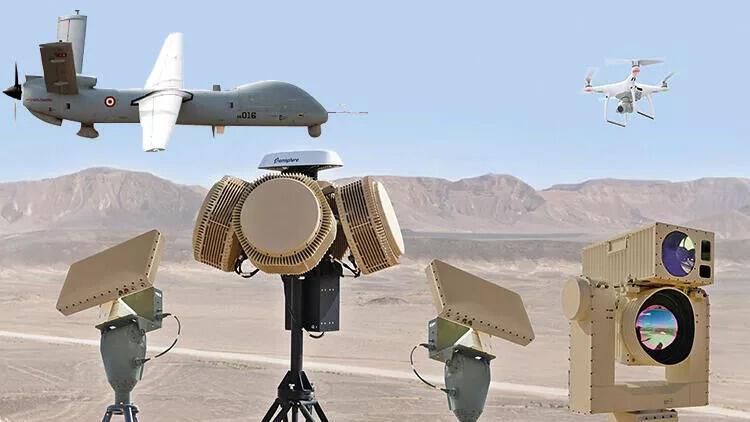 An article published in the newspaper on July 1 read that: Greece is “in the final step” of forming an “umbrella” against Turkish drones.

According to the article, this so-called umbrella is installed in the greatest secrecy and consists of the Israeli-made “Drone Dome” system.

The Greek article states that the Drone Dome system is made in a way that suits the specific needs of Greece and the geography of the Islands and other adjacent areas.

“These military devices have the ability to disorient the flight plans of TB-2 ‘Bayraktar’ and ANKA-S when on missions,” it said.

“They can blind unmanned aerial vehicles (UAVs) and drones, it added.

In the past, there has been news in the Greek media that negotiations have been held with Israeli manufacturer Rafael for the purchase of ‘Drone Domes’.

It was claimed that, thanks to their 360-degree radar, these military devices could detect early and interrupt UAVs’ communications with their central stations with the interference they spread.

The flights carried out by Turkish UAVs in the Aegean Sea for about two and a half years have caused serious problems in Greece’s military planning.

An article published in the Greek daily Ta Nea stated that almost every day, Turkish UAVs can monitor the movements of Greek warships in the Aegean Sea as well as Greek defense points on the islands.

The Hellenic Air Force launches their F-16 fighter jets to “detect” and “repel” Turkish UAVs. While each flight of Greek F-16s costs thousands of euros, Turkish UAVs fly at a low cost.

Meanwhile, Greece will also buy three “MQ-9” UAVs from the US

The cost of UAVs of the type MQ-9 is about 400 million euros. The letter of intent for the purchase of the said UAVs was sent to the US in February.

It has not yet been decided whether the contract for the deployment of two Heron-type UAVs on the island of Skiros in the central Aegean, which expires next year, will be renewed. The drones were leased from Israel for three years for 40 million euros.

Developed by Israel’s Rafael Advanced Defense Systems and first introduced in 2016, the “Drone Dome” military devices are used to protect strategic places such as airports, which can be targeted by UAVs and drones.

Israel deploys these systems against drone threats that could come from Shiite Hezbollah, Palestinian Hamas, Islamic jihad organizations and Iran. However, Drone Dome devices have been reported to be used outside of Israel as well.

It was alleged that the British military temporarily moved the Drone Dome devices to London Gatwick Airport in December 2018, after detecting unidentified UAVs, but it was later reported that only domestic devices were flying.

It is not possible for Greece to neutralize Turkish‘s UAVs with electronic warfare equipment emitting interference under all circumstances.

If the area and route used are predetermined, after takeoff the aircraft will return to the point where it left off without the need for additional commands from the ground. Therefore, it prevents external signal interference “off”.

A risk situation can arise if there is a continuous exchange of commands between the station and the UAV.