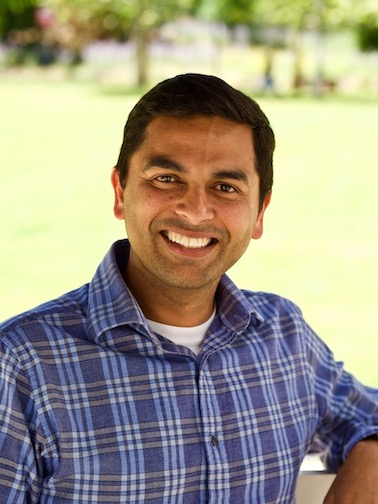 The company offers flexibility to deploy 5G and edge computing solutions so that telecom operators don’t have to invest twice.

Muneyb Minhazuddin (pictured), VP of edge computing at VMware, tells BNamericas that the acceleration of technology after the pandemic is driving edge computing requirements, especially among retailers, manufacturers and telecom operators.

In Latin America, Brazil is ahead of the rest.

Brazil’s TIM operated more than 40 edge data centers in February and plans to operate more than 70 data centers, including 55 edge units, in 51 locations by the end of 2025.

Embratel (América Móvil) aims to have 12 edge data centers operating in Brazil by the end of this year.

“On the telco side, applications will require large amounts of bandwidth and very low latency communications. With Brazil’s investment in the recent auction, telcos are deploying 5G and building out the infrastructure to support this next generation of immersive applications born and living on the edge,” said Stephen Spellicy, VP service provider marketing, enablement & business development. at VMware.BNamerica’s.

VMware has 150 telecom customers worldwide, with tier 1 communications service providers using its technology to host their network functions and infrastructure to deliver connectivity and services across their 4G and 5G networks.

Some telecom operators also use VMware to virtualize the IT infrastructure.

In Latin America, Millicom, Telefónica and América Móvil are among VMware’s customers.

“If you say so” [the experience on the telco side] working with more than half a million enterprises, it’s magical because you now have a consistent way to manage, deploy, orchestrate and automate across the enterprise and into telecom and vice versa,” said Spellicy.

BNamericas spoke with Muneyb Minhazuddin and Stephen Spellicy about the possibilities of edge computing in Latin America and how telecom operators can take advantage of the convergence of 5G and edge computing.

BN America: What is the edge computing capability for WMware in Latin America?

Minhazuddin† There are two ways to look at it. VMware has built credibility over the past 20 years by supporting every type of application in the data center and then to the cloud.

So first, we can empower businesses to consistently manage these applications across data centers, multi-cloud, and now the edge.

That’s an opportunity for us.

Unlike the cloud, which is all centralized computing in one hyperscale location, when it comes to the edge, it’s basically service providers that have all the resources.

Today, those assets look like network assets because they are cell towers or branches. The opportunity for VMware is to turn these into computer network storage resources and deliver these new edge native application services.

So our strategy is both to support enterprises in extending their multicloud from the data center to the cloud to the edge, and at the same time provide the same platform to the service providers, as they can then deliver those services in a highly distributed fashion to those companies.

Spellicy† This is a unique opportunity for telcos to bring computing closer to the end customer.

BN America: The rollout of 5G networks and edge demands a lot of capex, are Latin American operators ready to invest in edge computing or are they prioritizing 5G?

Minhazuddin: I think… our private 5G solution is built on the exact same stack that runs on edge computing. Edge computing thus supports applications that are currently VM or container based. It supports some amount of flash or hyperconverged memory storage, and it supports networking.

So, to answer your question, our stack promises telecom operators that the same infrastructure they are building for 5G is edge computing ready, so there should be no difference as it supports all these workflows. They don’t have to make the investment twice.

BN America: When do you expect to see more investment in edge computing in the region?

Minhazuddin: The market is maturing as the first instance of edge computing is happening, but it is happening directly by enterprises, banks, manufacturers or retailers. It’s like they first say “I don’t need anyone else, I’m doing it to do it myself”, so it’s what I call a prem edge or DIY edge.

There is a second part of it, the managed edge. That will slow down a bit because they are all waiting for the service providers to build the capacity and services. And you know, we serve both markets and if the providers are ready, we can hand over control to them.

That DIY large enterprise market is growing at 25% or 30% CAGR year over year, but the services market is still in its infancy. We don’t see it growing right away in the next 12 to 18 months.

I think the regional provider has the ability to give their customers a sovereign edge and a sovereign cloud using VMware infrastructure, keep data in the region for privacy and data security, and manage that infrastructure with compliance, controls, and regulation.

So by providing that kind of concept of sovereign edge, be it a DIY edge or a managed edge, it gives these operators a chance to build a business model and provide that level of connectivity and service and also respect the security paradigm necessary to keep customers safe.

BN America: At what stage is Latin America in the path of edge computing?

Minhazuddin: We’re doing a proof-of-concept for edge computing private 5G and some are on their way to scale.

We have several dozen PoCs. Then they’re promoted to a pilot where you actually roll that out to 30 or 40 edge locations and eventually they’ll go to thousands of locations.

We do a lot of PoCs with telecom providers on private 5G across the region. The biggest problem is identifying the right use case. We are trying different use cases around smart cities, agriculture….

But we notice that after the PoCs there is no budget for smart cities. It gets a bit complicated for a city because technology is not the priority.

So these experiments do not find the right budget to make it a real implementation.

BN America: Where is sufficient budget?

Minhazuddin: Manufacturing and retail are probably the first, as are the top two. They face most of the problems these days, so that’s why they try to find solutions that can solve those challenges.

Production goes into supply chain problems. They can’t find equipment fast enough, but they want to automate more, so they are using our technology to virtualize PLCs [programmable logic controllers]†

One of the things we demonstrated in Hanover, Germany a few weeks ago is our ability of that edge computing solution to even go real-time and virtualize robotic arms in a factory.

BN America: VMWare has entered into a number of partnerships worldwide in the field of edge computing, naming Dell and Lumen and more recently, how do you bring those partnerships to Latin America?

Minhazuddin: Edge computing brings a lot of different technologies together, so we have equipment manufacturers, like Dell or Lenovo, and we work with them to have more edge-friendly hardware. Edge should be almost disposable hardware, but it should also be robust against factory grime, high temperatures, or slightly harsh environments.

We work with the hyperscalers who also want to bring all their services to the edge.

In the telecom field, other partnerships are applications for spectrum optimisation, the provision of positioning services and geolocation services.

We are also working with these providers to have more distributed points of presence, so Lumen for example becomes a very good partner for us to provide some applications.

We haven’t made an announcement yet, but CDN [content delivery network] providers are also part of this ecosystem.

Spelling: We work very closely with Ericsson and Nokia as well as other newcomers working on virtualizing RAN [radio access network] and virtualizing core.

Nokia and Ericsson have embraced this to some extent and are driving real change in the component virtualization industry.

Minhazuddin: This is the most important question you asked before, whether the net path will be for 5G only or for edge computing. That’s the kind of decision they all have to make consciously: will the investment be purely a networking feature or will I be using the same hardware and also providing computer storage networks for CRM and ERP applications?

From a VMware perspective, we want to normalize that stack and give them one software stack to run everything on basic hardware. That’s where we work together.