Whole-home energy monitors may be able to measure how much electricity your home uses down to the individual circuits and even individual appliances, helping you identify ways to save. Of electricity rates are rising nationwide and climate change that stimulates conversations about consumption, efficiency and how people get their energy, these monitors have appeal. According to the manufacturers and some of the independent experts we spoke to, many households save on average nearly 10% on their energy bills in the year after installing a monitor, while more engaged people save up to double.

So why, after planning to test these monitors and make a recommendation, did we question their overall value to our readers? It’s not because they don’t work – we’ve identified three models that we’d recommend to anyone going ahead with a purchase. It’s because they may not be needed. That finding felt like the most urgent information for us to get across. Our conclusion became clear as source after source outlined simple, time-tested steps anyone can take to reduce electricity bills without the use of an energy monitor. It came into focus when sources emphasized how smart devices, often able to report and limit their own energy consumption, could integrate with Amazon Alexa, Apple HomeKit or Google Home to form their own package of information for both active and automated energy management. With smart technology being integrated into more appliances and even circuit breaker panels, energy monitors can be a thing of the past. Here we want to help you determine if a monitor or other energy-saving technology is your better choice today. 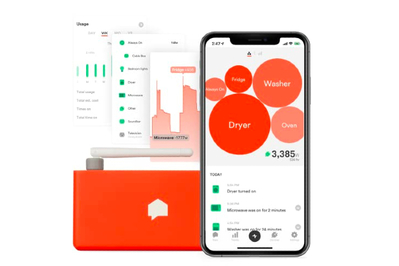 Sense, one of the first monitors available, uses machine learning to identify individual devices and their electricity consumption.

Sense’s monitors use machine learning – and a million readings per second – to try to identify individual devices and their power consumption, and extract their unique “signatures” from your home’s main power supply. The version we recommend everyone considers first is the company’s basic modelbut Sense also offers two upgrades, one that adds the ability to measure solar panel output (if you have panels, of course) and another that can directly monitor two subcircuits“Perfect for large loads, such as HVAC systems and EV chargers or hard-to-detect variable motors, such as heat pumps,” as the company’s marketing language says. The purpose of machine learning is simple: While your utility company can tell you how much electricity you use each month, a monitor can give you more detailed data about where your electricity is being used, potentially helping you identify areas where you can be. more efficient (the data comes to you via smartphone and web apps). Sense told us that its customers realize an average savings of about 10% in the year after the monitor is installed, with active users often seeing 20%; these numbers match what we heard from the makers of other monitors we researched. But machine learning is very difficult to implement properly – which Sense was open about – and while most customers rate the company’s monitors highly, about 15% report that even after extended use, their monitor is unable to identify many devices. . 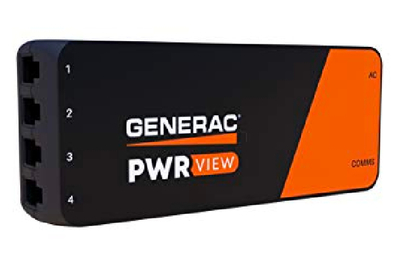 Generac’s PWRview W2 monitor, based on the earlier Neurio W1, also uses machine learning to identify devices, and it costs less than the Sense.

Generac’s PWRview W2 machine-learning monitor is based on the earlier W1 from Neurio, another pioneer of the field that Generac acquired in 2019. Generac gave savings estimates similar to those Sense gave when we spoke, again pointing to the ability of active users to lower their bills by as much as 20%. Like the Sense monitors, the PWRview is agnostic – it can work in almost any electrical panel. And it usually costs less than the Sense devices. As part of Generac’s wider green energy ecosystem, which includes solar panels and solar batteries, the PWRview can provide the most benefits to people who already use Generac products. 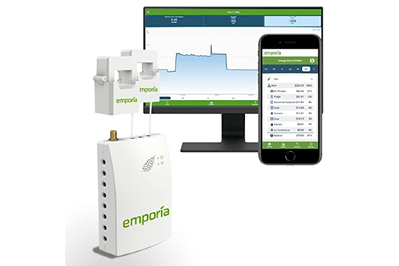 Emporia’s Gen 2 Vue monitor doesn’t use machine learning, but you can add additional sensors to directly measure what up to 16 separate circuits use.

Unlike the other monitors we recommend, Emporia Energy’s Gen 2 Vue monitor does not use machine learning to identify individual electrical loads, but relies on owner interaction to identify individual loads and potential savings: you turn things on and off while viewing the monitor’s real-time load readings to find out how much power, for example, your dryer uses versus how much your microwave consumes. That approach may appeal to you, and the company also offers improved models (or the equivalent retrofits) that add eight or 16 circuit-level sensors so you can instantly see what each circuit in your home is using, in addition to how much power is being drawn from your utility grid. .