Recently, we’ve seen more ways to attach an Apple Air Tag to your bike for tracking purposes. utilities, KNOG launches their own Apple-compatible tracking system and it includes a built-in bike alarm! 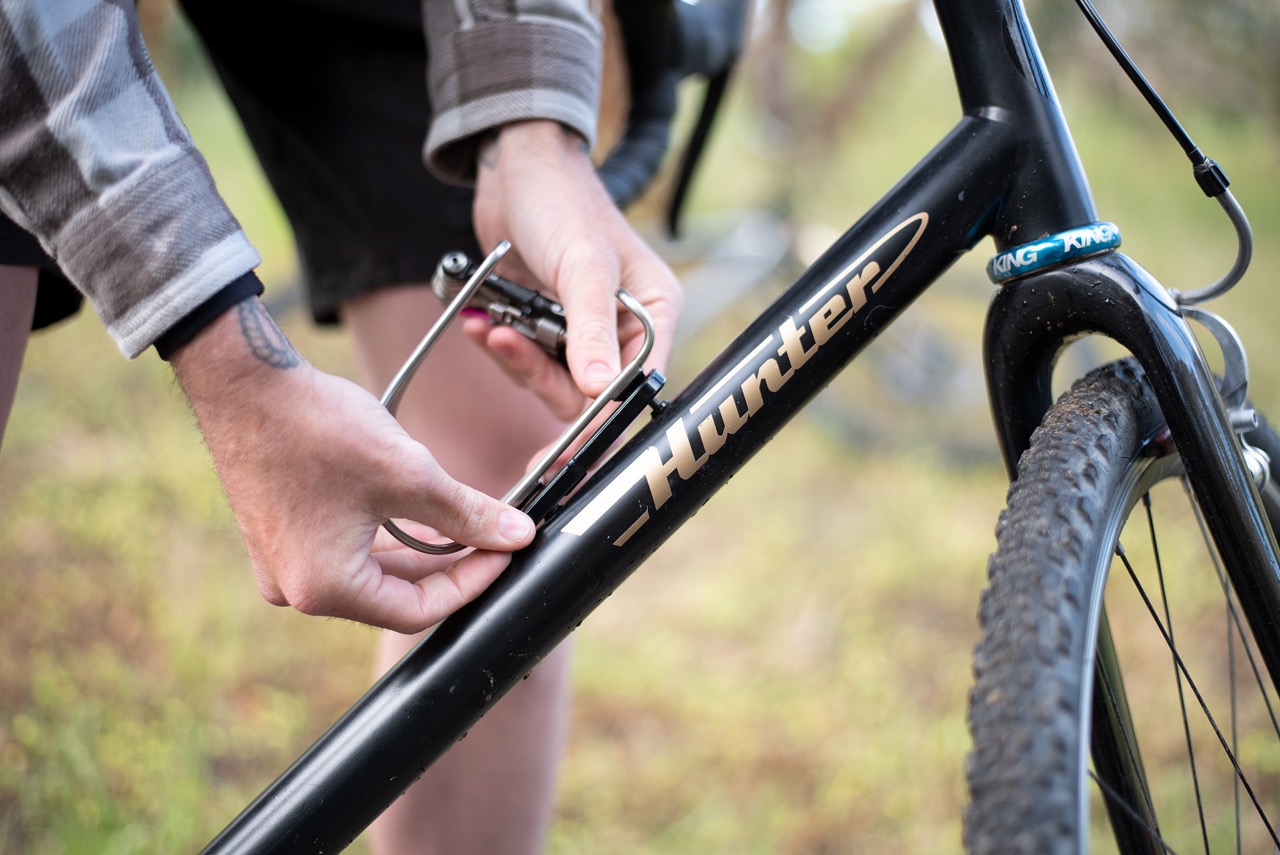 Leaving a bike completely unattended can be risky, if not silly…especially in an urban environment. Knog claims to understand that, which is why they designed the Scout. The Scout is said to be loud, lightweight, rechargeable, waterproof and long lasting. 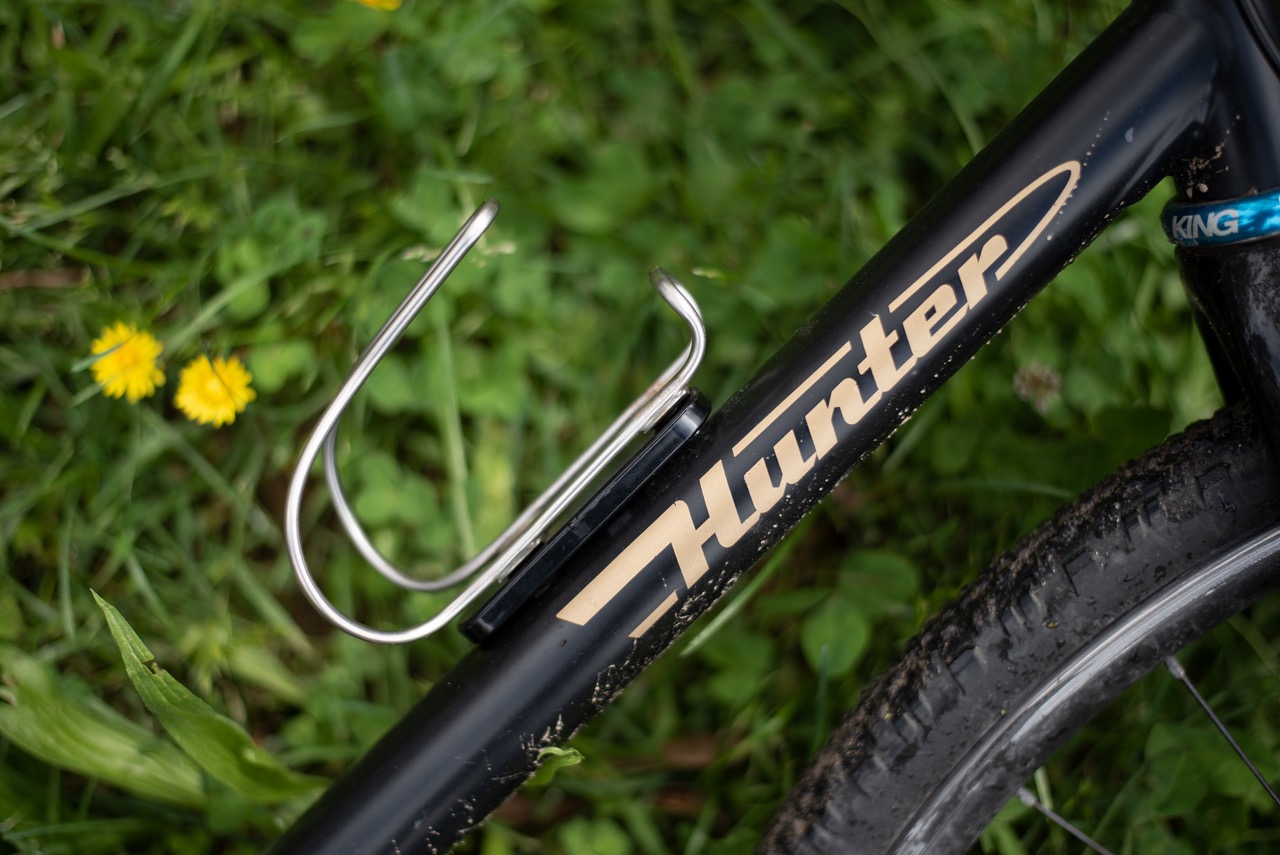 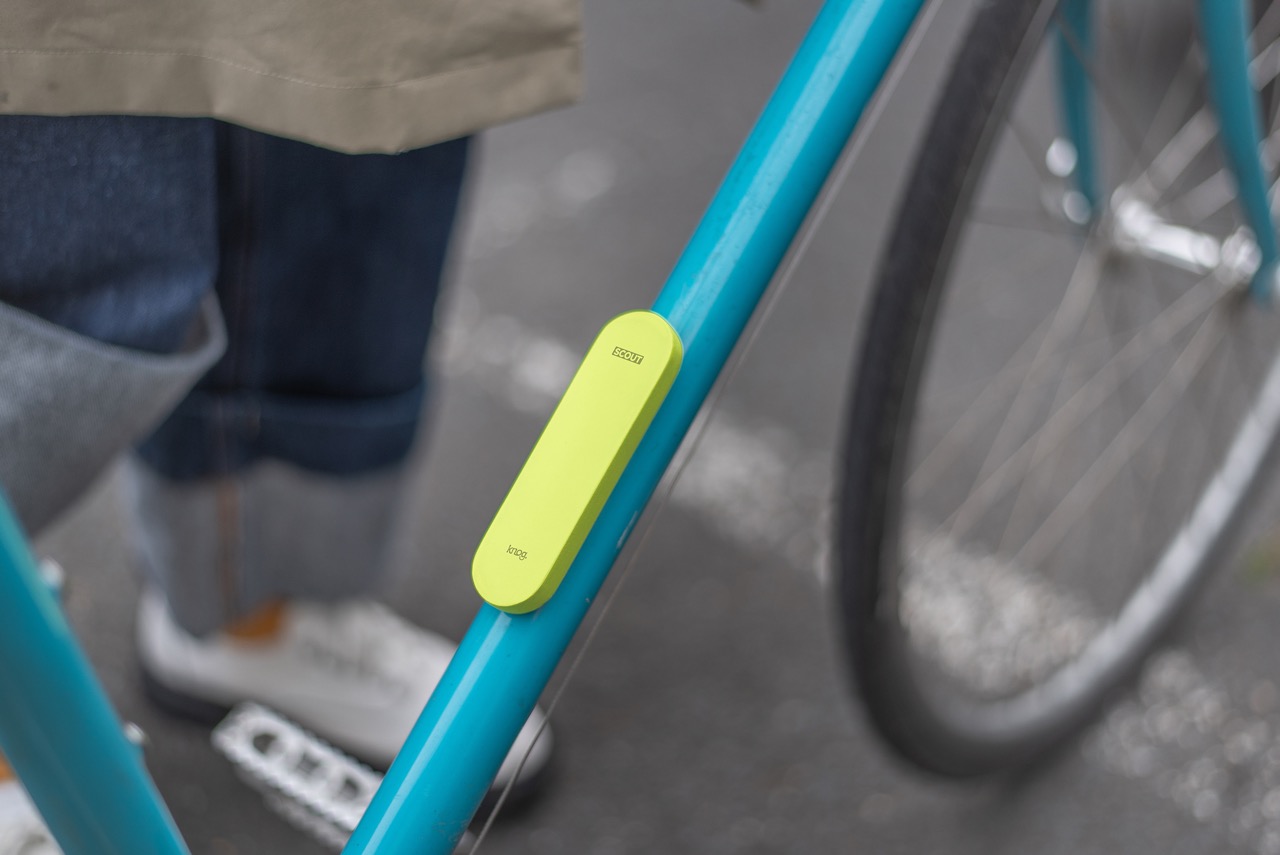 The Scout has been in development for 3 years and it took some time to develop a dual function bike alarm and tracer. I think it’s a really good idea! Knog says it uses a secure Bluetooth signal to connect the alarm and discovery system in the Scout. 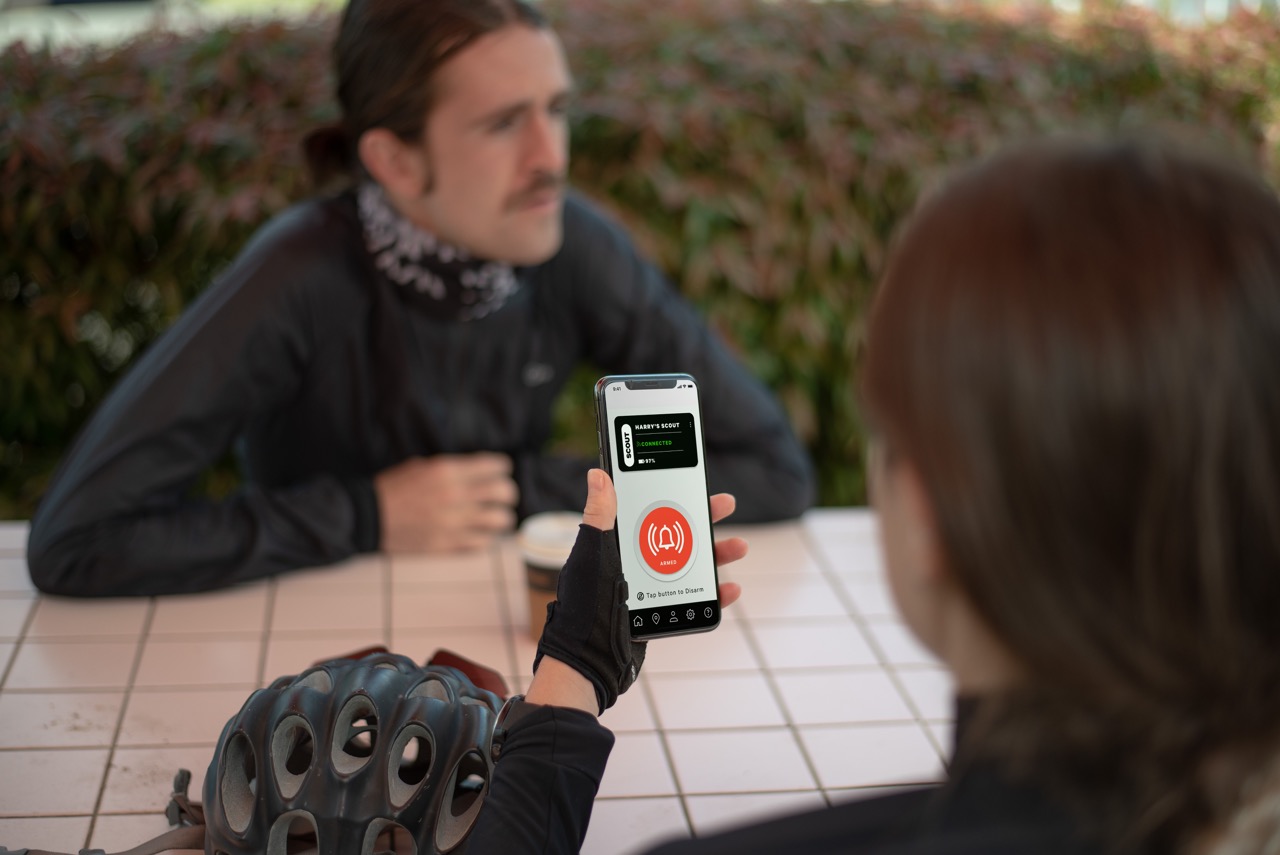 As of this posting, the Scout is only available for the Apple iPhone using the “Find My Network” feature… giving the user the luxury of knowing the status of their bike and making sure it’s safe. Knog co-founder and designer Hugo Davidson says, “we sincerely believe Scout represents the future of bike security.” 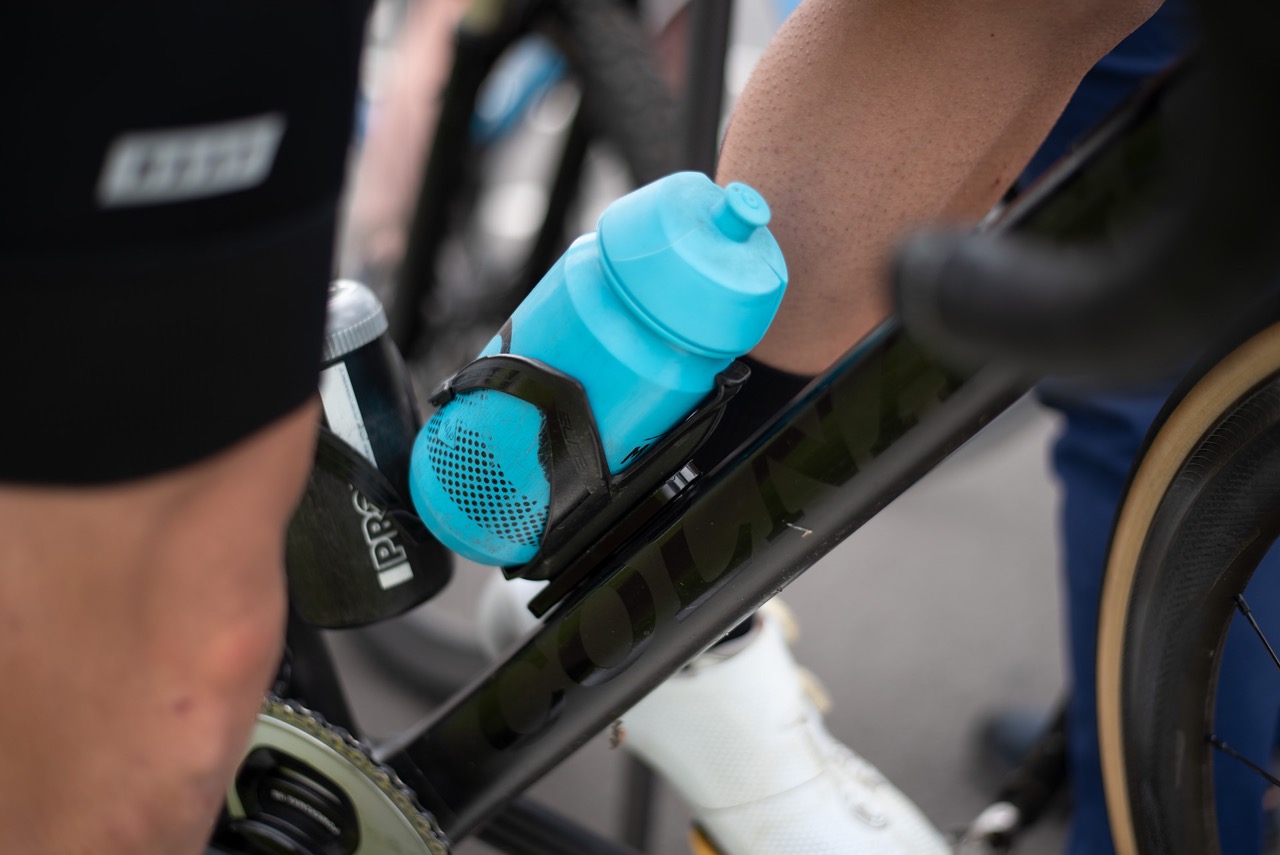 The Scout Bike Alarm & Finder mounts to the bike frame using the bottle cages and the included tamper-resistant security screws. He weighs less than 1 ounce… I haven’t weighed him, so we’ll have to take Knog at his word. Knog also says that the battery life of the rechargeable unit is a whopping 6 months! With its IP67 waterproof rating, you can apparently use it in all weather conditions, including rain, snow, and Knog even claims a thorough bike wash. 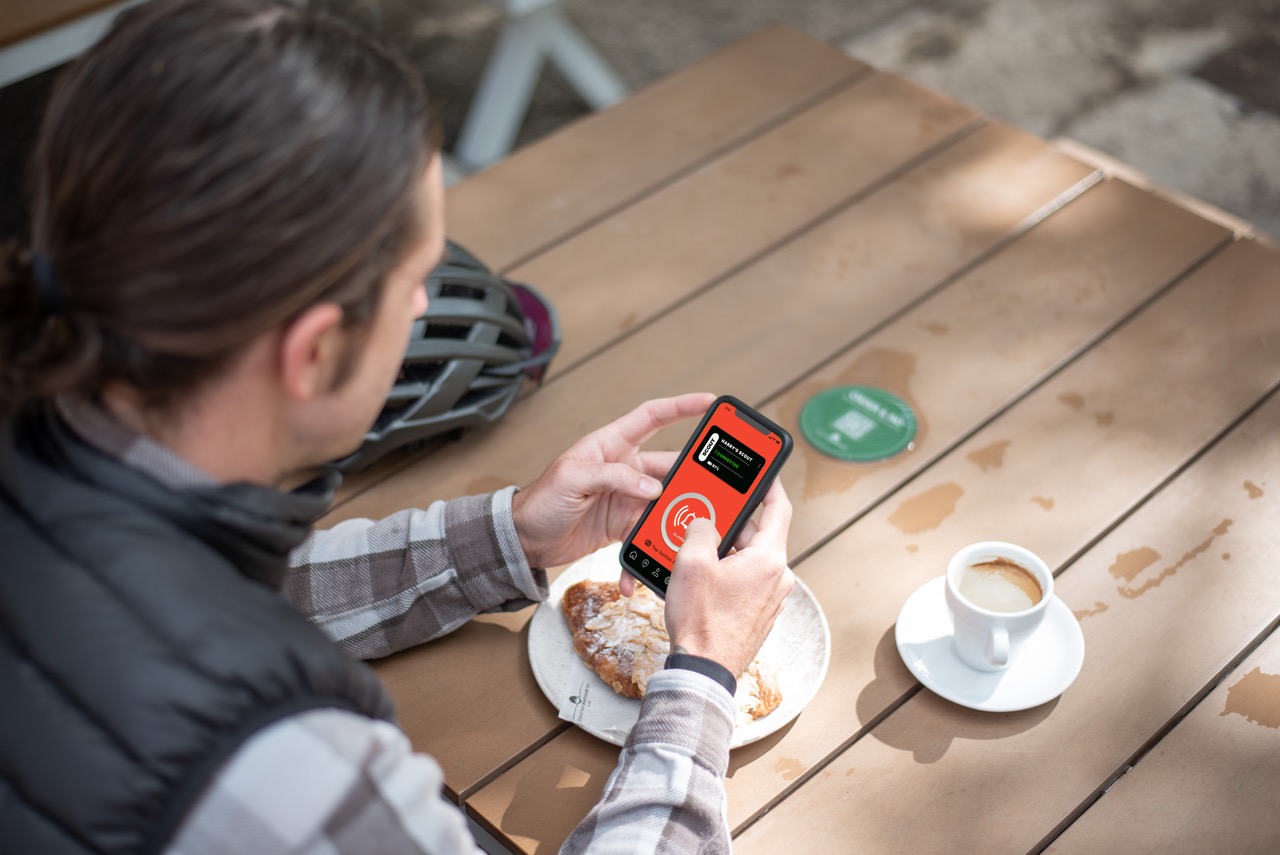 After you park your bike, Knog says you can easily enable Scout using the KNOG app on your Apple device… or on the Scout itself. Thanks to the multi-function LEDs on the device, the cyclist can see if/when the Scout is turned on, if the device is paired and what the battery status is.

Once the unit is powered up, Knog claims that: each movement of the bike will trigger what they say is an “impossible to ignore 85 decibel alarm”. The Scout then sends an SMS alert to your iPhone notifying you and giving the user the ability to track the location of your steeds using Apple’s “Find My” app. hopefully it will help the user to recover their bike faster. Once it is found, the user decides what to do with the bike thief…

Ron Frazelle is the Cycling Lifestyle Editor for Bikerumor, he has been writing about cycling and the cycling way of life for over 7 years. Prior to Bikerumor, he worked in the bicycle industry, commuting and breathing bikes since 1995. Based in Anaheim, California, Frazelle is an avid cyclist of all disciplines, camper, father of 6, husband, musician and self-confessed retro grumble.