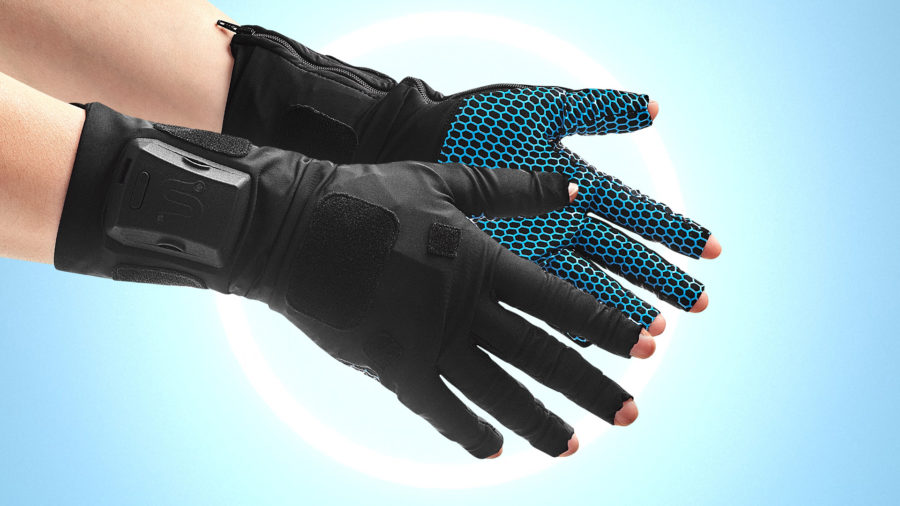 July 7, 2022 – StretchSensea New Zealand-based provider of hand and finger motion recording solutions for film production and virtual reality (VR), has announced the launch of its new ‘StretchSense MoCap Pro Fidelity’ device, the latest version of the motion capture glove from the company.

According to StretchSense, the MoCap Pro Fidelity can measure all hand movements directly from the joints, rather than using complex algorithms to compensate for blind spots. This helps to deliver high-quality motion capture at blazing-fast production speeds, which the company says will open up new creative possibilities in areas such as character animation.

“This completely transforms the business model of game and VFX studios, allowing them to tailor creatively, do more work, and produce more and better content,” said StretchSense CEO and Co-Founder, Dr. Benjamin O’Brien.

The new Fidelity device contains a sensor for every degree of movement in the hand, with a total of twenty-six sensors. The result is true-to-life mocap, capturing the nature of the artist’s movement in data, which StretchSense says provides an opportunity to further engage the audience.

“Hands are incredibly expressive. We use them to communicate all the time, without knowing it. So the ability to tell visual stories in real time through non-verbal communication with hands pushes the ceiling of engaging content even higher,” said Chuck Pludthura, Chief Marketing Officer of StretchSense.

StretchSense stated that the Fidelity was designed to fit seamlessly into the workflows of both motion capture and animation teams. The StretchSense Fidelity solution is built for the rigors of large stages and the comfort of desktop recording, including the ability to use the gloves while charging and a 2x increase in Bluetooth range.

As one of the founders of StretchSense, Dr. Todd Gisby, Chief Technology Officer, oversaw the entire evolution of the company’s hand tracking solutions, up to this latest release of the Fidelity.

Commenting on the progress of the company’s device, Dr. Gisby: “We’re always pushing the boundaries of high-quality hand capture and we’re proud of the huge impact the MoCap Pro SuperSplay Glove has raised the bar for capturing authentic performances. Now with thousands of hours in the field and great feedback from across the industry, we are excited to introduce our next level in hand registration, the MoCap Pro Fidelity glove. Distal knuckle sensors and more pulse sensors mean you’ll get a better hand pick-up no matter what you ask of your performer.”

To learn more about StretchSense and its motion capture solutions for film production and VR, visit the company’s website: website†

Sam is the founder and editor-in-chief of Auganix. With a background in research and report writing, he covers news articles on both the AR and VR industries. He is also interested in human augmentation technology as a whole, and does not limit his knowledge only to the visual experience side of things.